At the moment, there are many ways to cast steel and cast iron, but the Lost Foam method allows you to get a better cast, and reduce the cost of processing it, reducing the number of production defects in the batch. 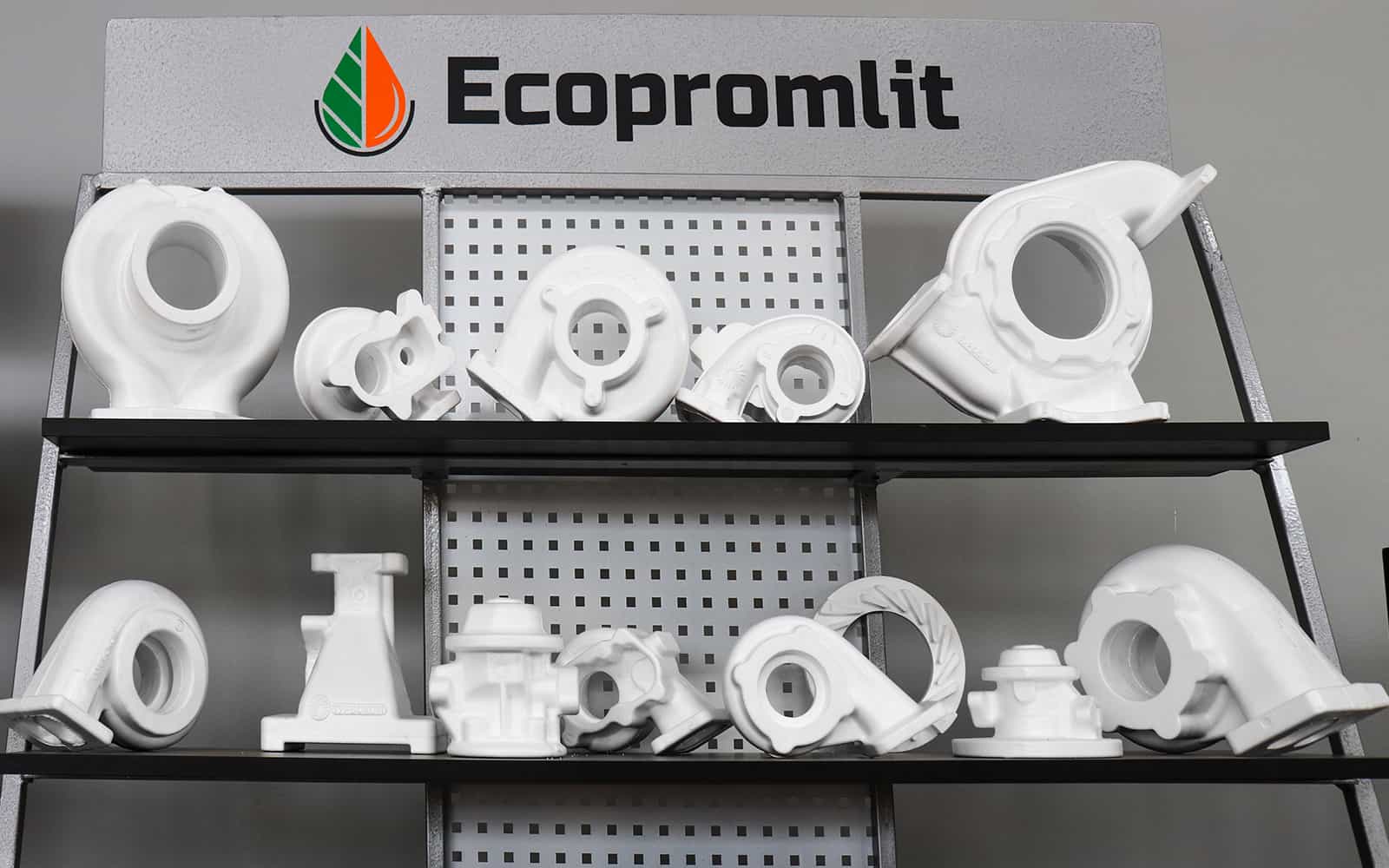 Gasified casting is a method for producing high-quality castings, using a model (billet) obtained from a material that is gasified when hot metal is poured into a casting mold.

How the casting process works

When pouring liquid molten metal into a styrofoam model, under the influence of high temperature, the process of thermal destruction of the model occurs - its melting.

In this process, the styrofoam model passes into a gaseous state, and the products of this process are removed from the mold by a gas flow through the molding compound by creating a negative pressure / vacuum (vacuum) in the molding container.

The liquid metal occupies the vacant space, repeating in the smallest detail its shape and surface structure.

As a material for obtaining a high-quality product, styrofoam of the D833B brand for casting is used. The Ecopromlit plant purchases only certified styrofoam, each batch of which passes the entrance control stages.

An important role is played by obtaining a styrofoam model (and later obtaining a high-quality product) of a certain density for each type of alloy, otherwise you will get:

When making models in molds by autoclave method, foaming expanded polystyrene (PPS) of the D833B brand is used for casting, the main feature of which is an improved ability to gasify, which also contains a vaporizer-isopentane (a highly volatile hydrocarbon with a branched chain (alkane) with five carbon atoms).

To prevent the loss of the foaming agent, which in turn significantly reduces the quality of the material, polystyrene is stored in sealed packages at a temperature below 20°C. 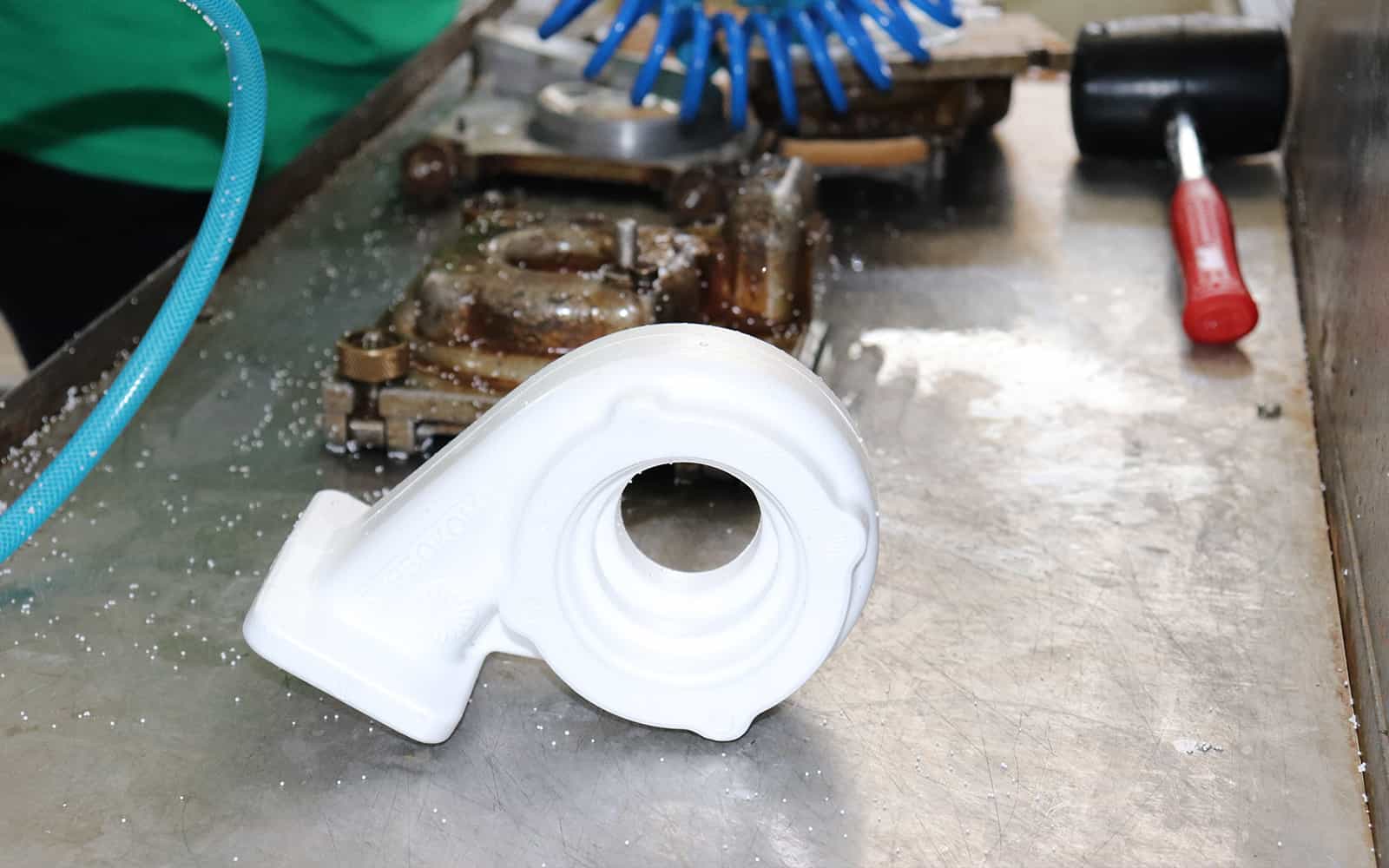 Further, directly for the manufacture of models, they are used under foamed polystyrene after pre-drying. With the help of pressure, the material is pressed into a detachable mold, with the geometry of the specified product, after which the mold is placed in an autoclave.

Due to the injection of superheated steam with a certain pressure, the secondary foaming of the polystyrene occurs, which in turn increases in size, additionally acquiring the geometry of a given product with certain mechanical properties.

When the sintering time expires, the mold is removed from the autoclave and placed in a bath of chilled water. After the mold has cooled down, the tooling is manually inserted and the finished model is removed. Prior to the assembly process, the model is sent to dry to remove any remaining moisture.

In the case of a complex product configuration, the model is divided into several technological parts and is manufactured in exactly the same way, but only separately. The models are assembled manually, by soldering or using glue using a special burnt mastic for gasified models.

In this case, the advantage of making models is that in the future it is possible to obtain castings without rods, without bays and seams with tighter dimensional tolerances and with reduced machining allowances compared to other types, such as: casting in the ground (a simple and cheap process for obtaining products), casting in sand molds on wooden (obtaining low-quality products) or metal models.